A petition presented recently to the UK Parliament asks why we don’t just leave the EU now. Here is the short text; the full text can be found here:

To trigger a debate in Parliament the petition needs to gather 100,000 signatures. It can be signed online and has so far (at the time of writing) reached nearly 50,000. It seems unlikely that the EU is offering “a punishment deal out of spite”. More likely it is defending its vulnerable position with an inflexible mandate to its negotiating team which, if the UK were to accept it, would certainly have the side-effect of punishing us. EU leaders no doubt regard that effect as helpful, but we may assume (or at least hope) that the UK negotiators will not accept such a deal. It will be interesting to see if the petition reaches its target number and so triggers a debate in Parliament; the debate should be quite lively and may perhaps bring the internal divisions to a head.

David Davis’s Department for Exiting the European Union (DEEU) put out a quick response, on the same website, which is what we focus on in this post:

“The country voted to leave the EU, and this Government respects that. A smooth and orderly exit is in the interest of both the UK and the EU. 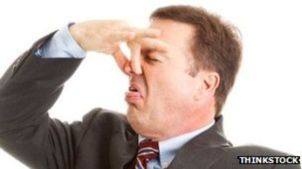 “In leaving the EU the Government will seek the best deal for the UK maximising the benefits from leaving the EU – control over our borders, laws and money – while maintaining the greatest possible access to EU markets and continuing to work with our European neighbours on common problems. After withdrawal, the UK will bring an end to the direct jurisdiction of the Court of Justice of the European Union (CJEU) in the United Kingdom.

“The Prime Minister has been clear that the days of Britain making vast contributions to the European Union every year will end. The European Commission has set out the European Union’s position on the financial settlement, and the Government is undertaking a rigorous examination of the detail of this.

“The Government has already introduced legislation to ensure the UK exits the EU with certainty, continuity and control. A smooth and orderly exit is in the national interest and further legislation will be introduced to deliver that. 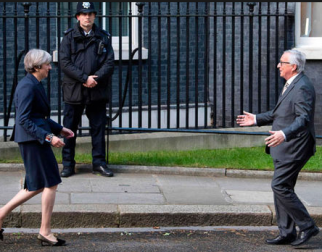 It seems to us that the Department’s statement is a brief, clear summary of a reasonable negotiating objective, whereas the “enemy” (Hammond’s word) appears to have this objective: The EU must retain its member countries at any cost and will therefore punish those that attempt to leave. A more enlightened objective would be: The EU wishes to retain and grow its membership by continuously adapting to meet the needs and aspirations of citizens as these evolve and circumstances demand. But that is not the real agenda despite much posturing.