In a fully-fledged, federal union – such as the USA – goods, people, services and money have unrestricted freedom to move where they wish. This has been a prime ambition for the EU and its forerunners from the start, hence the high status of the Four Freedoms. But they are far from complete: goods move pretty freely, people fairly freely, capital suffers some protectionism and services are very unfree (see also The Single Market and the Four Freedoms). 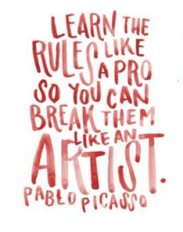 To the EU dogmatist the Four Freedoms are irrevocable and irreversible but to the political pragmatist they are as malleable as necessary. The former tend to be the unelected appointees, the latter are voters’ nominees in crucial states under pressure to keep their elected jobs. In these matters the UK is less important than Germany, which is able to adapt the irrevocable to meet its needs; France is less crucial than it was but still manages to get its own way more often than not, whereas Britain is expected to conform absolutely, having annoyed the mandarins, again.

In Freedom of Movement we discuss restrictions on the free movement of people and labour; in How would you like your Brexit? we discuss how there is no single market for services. Here we describe some of the actual restrictions on capital movement.

Many key UK industries are owned by European companies but the reverse is less common. One reason is that capital doesn’t move so easily into the Continent. In the UK shareholders decide bids and the Government seldom now intervenes, except on grounds of competition. Proposals to create a level playing field across the EU were rejected and British companies seeking to expand across Europe via acquisitions and mergers face many barriers. France and Germany in particular don’t like their industry champions being bought by foreigners, however eager they are to buy ours. On the Continent there are generally wider influences on takeover decisions. In France state monopoly or the ‘golden share’, giving the state a blocking vote, are typical defences. 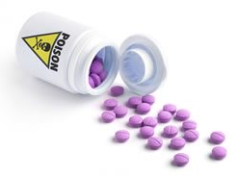 In Germany the takeover of Mannesmann in a hostile bid by Vodafone was a shock and the Germans have put their guard up; in any case directors rather than shareholders vote on the deal with input from employee unions. ‘Poison pill’ share tactics, banned in Britain, are also widespread, whereby conditions are created specifically to make the target less attractive.

We do not say these Continental protections are always wrong but don’t tell us that this Freedom is complete and non-negotiable.

The Road to Freedom

Brexit may mean a bumpy journey and the EU obviously wants to make it so. One challenge is the determination to reduce the financial power of London even though there are no regulatory obstacles at present. In fact the City will remain globally strong for the foreseeable future, even for services within the EU; indeed the EU’s obstruction may cause us to ignore new regulations (such as MiFID II) in order to compete with the USA, Hong Kong and Singapore on a level field.

EU countries are doing their best to disadvantage London and ‘steal’ its business and jobs. One senior Bank of England figure claims that the City of London will lose about 75,000 jobs unless a deal is agreed, yet the Bank’s Deputy Governor, Sam Woods says that 10,000 jobs is a ‘reasonable’ estimate. The Bruegal research group in Brussels puts the number at 30,000 but HSBC and UBS have both said that they each expect fewer than 1,000 jobs to go.

Whatever actually happens London will still dwarf its EU rival centres (Frankfurt, Paris and Dublin). What this proves once again is that the ‘experts’ are effectively guessing yet again (see Economic forecasts are wrong). No doubt they use a lot of mathematical models but these only calculate the outcomes from their unreliable assumptions.

A free trade agreement should include goods and services. Why should we accept German-manufactured goods and French agricultural produce while they ban our financial services? We should certainly consider going ‘rogue’, as the EU would see it, and become an off-shore threat to its protectionist barriers.

If, as seems increasingly likely, the ‘negotiations’ disintegrate then it will be interesting to watch the reaction of those states whose companies expect to lose out. How long will the much-touted ‘unity’ last?

Although most commentary to date appears to support the EU line that Britain has not done enough to justify progression to the main trade talks, it is possible – even likely – that as deadlines approach more people will recognise that the fault lies with the EU’s unwillingness to budge from its mandate.

We think the EU will continue to refuse to budge because it sees its responsibility as being to protect its bureaucracy and ‘competences’ rather that the needs of member states and companies, let alone citizens.

We hope we’re wrong and they do show some sign of compromise as no deal by default approaches. But we think we’re right, unfortunately.

Except that in the longer term it may not be unfortunate because a costly ‘no-deal’ will prise further open the cracks in the edifice of the EU, which will be to most people’s benefit.