Questions about the EU-UK Phase 1 Agreement

Has agreement actually been reached? David Davis called it “… more a statement of intent than a legally enforceable thing” and Theresa May assured Parliament that, “Nothing is agreed until everything is agreed.” Representatives of the other 27 EU member states have responded with a revised statement, due to be signed this week, saying: “Negotiations in the second phase can only progress as long as all commitments undertaken during the first phase are respected in full and translated faithfully in legal terms as quickly as possible.” Back to square one then?

Are we withdrawing from the Single Market or just from any say in setting its rules? It appears that we will remain fully compliant with (and pay for as usual) both the SM and CU during the ‘transition period’ but lose any say in agreeing the rules. So we are going for a bad deal (worse than remaining in the EU) during this period at least. After that who knows, this may be a precedent. The EU feels other trading partners with existing FTAs, like Canada, would be upset if Britain gets a better deal than they have. 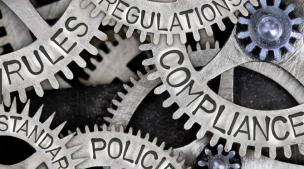 What does ‘full alignment’ of regulations mean? Could Dyson make vacuum cleaners more powerful than 900 watts for sale in the UK and anywhere outside the EU, if he wanted to? Could Russell Hobbs make 3KW kettles for British tea-lovers but restrict sales to the EU to 2KW models? 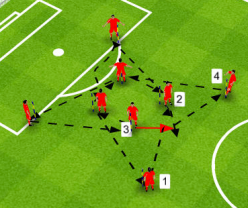 Is the Agreement just a fake pass to Stage II? It’s possible that EU-based exporters successfully lobbied their governments to reign back the Commission and the Irish to prevent a no-deal outcome. There may be trade talks but capitulation or no deal still look like the only potential outcomes.

Is this where we are now? The EU will insist that Phase I is put into UK law before moving to Phase II. Phase II will be about the transition/implementation period in which the UK will have to follow all the EU’s rules, including any new ones, but will withdraw from the EU institutions and so have no say or vote. Phase III will be about a free trade agreement for goods but may or may not cover the services that dominate the UK economy and provide it with a trade surplus; finance may be subjected to new rules and constraints on which the UK had no vote.