In almost opposite ways China and the EU demonstrate the need for political regimes to take some account of the ‘wishes of the people’.

This is not to say that either is democratic but that unless the power of the people is carefully fragmented and weakened it may assert itself disruptively, eventually. China uses economic management and state oppression for this purpose; the EU uses propaganda, deceit and lies to dilute effective opposition.

The differences between the regimes are considerable but the parallels are revealing.

The Communist Party in China is determined to stay in power indefinitely; the same is true of the non-party European Commission and its subordinate institutions.

China has learnt that, up to a point, the people can be bought off by economic growth. At least a sufficient proportion of them, with the rest cowed by a range of oppressive tactics. 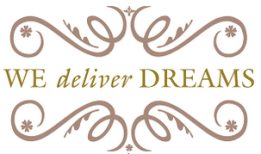 The EU has learnt that it needs only to declare, often, loudly and consistently, that it delivers economic growth to fool enough people, without needing to develop a similar range of suppressive tactics, at least not yet.

Such propaganda may be encouraged by a residual memory of correlation between the early EU and growth (which had more to do with post-war timing than their own skills). More recently the EU has benefited, though less than other regions, from the general global economic improvement, which they claim as their own; it will be interesting to see if they also claim the anticipated slow-down in growth as the result of their own efforts or, more likely, if they will avoid symmetry by denouncing global weaknesses that are dragging the ‘European economy’ down with it. 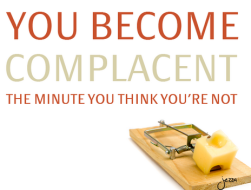 Both regimes are sufficiently successful, by their own lights, to risk becoming complacent but they remain sufficiently nervous to avoid this. China has the military, political and ‘intelligence’ infrastructures to maintain its suppression of any hostile popular will but believes it needs to liberalise somewhat; the EU does not know how to deliver consistent economic growth but believes it may soon need a stronger security infrastructure, which could be used for suppression, should EU leaders feel that is necessary to keep what they deride as the ‘populists’ at bay. So far these threats are seen as manageable and can written off as the remnants of narrow-minded nationalisms, including Brexit.

For the Chinese Communist Party economic growth is a means to an end, staying in power; by controlling the whole economy they have the means to achieve growth. China has moved from a totally command economy towards permitting enterprise. China’s leaders may have to continue easing their grip to release the enterprise and ingenuity of its ambitious and educated citizens, though perhaps the limit has already been reached.

The EU would welcome economic growth to strengthen their hold on power but they don’t control the EU economy, which remains multiple economies managed at national level, despite the euro. The EU would have few useful ideas if they did manage an economy, as the eurozone shows. Meanwhile propaganda seems to be adequate to persuade enough people that economic growth is central to their aims and that they know how to achieve it; or that growth will return when a few temporary issues have been resolved; or that abandonment would be an economic catastrophe – probably a mix of these things. 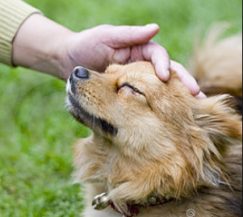 China and the EU each seek to maintain a docile middle class of sufficient size to overwhelm those who are not benefitting from economic progress or who are displeased by their inability to influence events in any formal way. China uses its legislative power, backed up by its military, political and intelligence infrastructure, to manage the political inertia of its middle class. The EU uses its legislative power, backed up by propaganda, distortions and lies, to maintain a sufficiently large class of ‘believers’ to keep in check a fragmented and sullen populace, most of whom are well aware that the Union does not benefit them, as shown by the Brexit vote (predominantly northern working class) and the more militant ‘populist’ opposition that’s growing on the Continent, Italy most recently but far from exclusively. 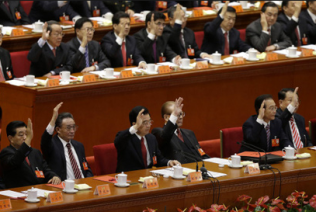 Both regimes declare that they are democratic but neither believes that this involves either being accountable to their citizens or allowing an alternative regime to be chosen.

Both are founded in ideologies which they downplay to offset opposition. China has substituted a form of capitalism for Marxism-Leninism; the EU declares deceitfully that it is not pursuing its dream of a federal government. For both regimes the retention of power (and good jobs with splendid pensions) has become the central purpose.

Assuming that fundamental human needs are not considerably different between the two continents, then both China and the EU have found, at least temporarily, different ways to maintain power over their peoples with only marginal and manageable disturbance. A new Italian government may disrupt the insecure stability of the EU.

The question for both the EU and China – and for us – is how long it will be before the disaffection grows in size and strength to the point at which it can no longer be contained by the chosen methods and a consolidating opposition overcomes the distinct means they use to keep disruptions in check.