Even among supporters of the EU, and it Ombudsman (a woman) the manner in which the appointment was made (see Revealing Appointment) has raised concerns. Of course these have had no effect. 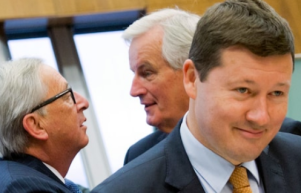 In February the European Commission appointed Martin Selmayr to the post of Secretary-General, effectively the head of the EU’s civil service. We posted our comments on this in March this year. [1] This follow-up post shows that even within the EU the secretive process of Selmayer’s appointment has caused concern, adding to the problems caused by the MEP’s expenses scandal (see below).

Our information for this post comes, as before, from the EUObserver: ( https://euobserver.com/institutional/142725 ).

The EUObserver, usually a reliable supporter of the EU (at least, only occasionally critical) summed up the views thus:

“Public trust in the European Commission was put at risk when, Martin Selmayr, a key aid of the institution’s president, Jean-Claude Juncker, became its top EU civil servant.”

“Selmayr’s stealth promotion as European Commission secretary-general was described on Tuesday (4 September) by European ombudsman, Emily O’Reilly, as a case of maladministration following her review of thousands of pages of commission internal documents.” 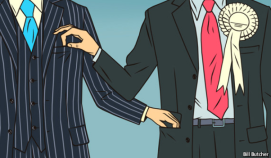 Following complaints of cronyism, O’Reilly looked into how Selmayr was appointed. She is reported to have concluded that, “All of this risked jeopardising the hard-won record of high EU administrative standards and consequently, the public trust“.

Previously, the EUObserver reported that the “surprise move, decided in a few minutes in a meeting where no commissioner, apart from [HR commissioner Guether] Oettinger and the commission first vice president Frans Timmermans knew about it, has been followed by outrage over its lack of transparency and possible irregularities.”

Selmayr had organised Juncker’s successful campaign for President of the Commission, became J-C’s chief of staff, was promoted to a new post of Deputy Secretary-General just before the S-G retired and was then, very quickly, shunted up to take over that post. 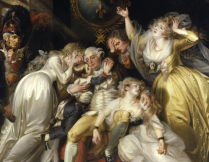 After the appointment, the EUObserver said, “In the Berlaymont, just like in the court [of Louis XVI in 1789] at Versailles, the commission in its final days gives the impression that princes, favourites and faithfuls act like if what is good for them was good for the general interest, refusing any criticism or questioning.”

Now, the European Parliament says that Selmayr’s promotion “could be viewed as a coup-like action which stretched and possibly even overstretched the limits of the law.”

The Commission, of course, says that it followed the established recruitment process “religiously” and was “in full compliance with all legal rules”, which claim the ombudsman challenges. Juncker threatened to quit if Selmayr was forced to resign, which was characterised as “blackmail“.

We recall that the European Commission is charged with maintaining high standards, and frequently declares that it does so. It’s disregard of its own procedures risks weakening its authority in the current disagreements with Poland and Hungary, where the Commission is pressing those countries to follow EU procedures and obey the law. 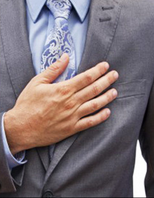 Belgian MEP Philippe Lamberts has accused Selmayr of “moving forward with authoritarian centralisation“, which is of course the main aim of the EU.

We have noted before the contempt that the Commission displays for its citizens and even for its own “values”, as represented by laws, regulations, procedures and treaties.