After her Salzburg savaging Theresa May demanded respect from the EU. Council President Donald Tusk duly complied, saying “We decided that for the good of the negotiations, and out of respect for the efforts of PM May, we will treat the Chequers plan as a step in the right direction.” But she got much more than she demanded, Tusk also told us, “I say these words as a close friend of the UK and a true admirer of PM May.” Blimey, that’s one thing to be cheerful about at least. For a while we thought he wanted to repay Britain’s decision to go to war in 1939 in defence of his homeland (Poland) by attempting to annex part of ours (Northern Ireland).

Talking about Brexit with a Remainer risks being told that our planes will never fly again. Sorry, they ‘Never say Never’, they’re just not specific about how long they’ll be grounded; they probably expect this issue would be resolved eventually but only after much damage to British industry and inconvenience to travellers (including theirs). This is just one of the crises they’ll throw at you.

Apparently food will be more expensive after we leave. About 30% of what we eat comes from the EU and a lot of the UK’s farm output travels in the opposite direction. Assuming sterling falls and the UK imposes similar tariffs to the Customs Union, food costs will go up but British produce will be relatively cheaper so shopping habits will change, we’ll eat more British produce and buy more from other markets – or maybe an agreement will be reached in due course. Similar patterns will develop in other sectors.

There are no instant solutions but things will settle again at a new level; our own actions can influence whether that is a higher level, or not. In 1973 we joined the EU and, without even a transition period, dumped existing trading partners. Half of New Zealand’s exports depended on the UK market, more than the UK’s now depend on the EU market; the shock was greater than the UK will face so recovery is possible. New Zealand had to find new markets and become more competitive; its (Labour) government cut tariffs and taxes, reduced subsidies and struck new trade deals. Today Kiwis are richer than Britons by about $3,000 per capita. [1] From statements at the Conservative Party Conference this month it appears ministers (even horror-story Hammond) have learnt from this example. There’s a reason to be cheerful – well, hopeful at least. 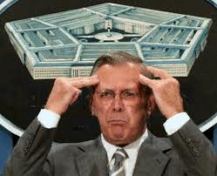 A ‘proper’ Brexit would be a big change in our circumstances, that is bound to be disruptive. It’s impossible to be sure how difficult it will be overall to get through this stage or at what cost; some will be worse affected than others. How well we come out of it will depend on some unknowable factors, “known unknowns” and “unknown unknowns” as Donald Rumsfeld put it*, the state of the global economy being of the first type. Then there are the actions we can take to mitigate the downsides and maximise the opportunities – it’s not so clear where these fit into the Rumsfeld taxonomy though some must be “known knowns”. (Others have pointed out that there are also “Unknown knowns”, that is, things that are known but that we choose to overlook – a pretty-universal, human failing).

How and when the balance of losses and gains will pan out is not certain. Another known unknown is how long the EU can be expected to survive in anything like its present form. One reason ‘they’ don’t want the UK to succeed after leaving the EU is to discourage Italy and Greece from joining the exodus. Both countries need to “take back control” of their economies rather than let the ECB/Bundesbank determine policy in the interests of others rather than their own citizens. The Italians can break the eurozone if they dare but the consequences could destroy the entire Project. Therefore ‘they’ will do “whatever it takes” to save it, including grinding their ‘close friends’ (the UK) into the dust. [2]

We hear plenty about the negative reasons to stay in the Union but too little about the positives. It’s not that most Remainers are simply cowards, their instincts are that the EU exists for noble reasons in tune with their own hopes and ‘values’, among these reasons may be: economic prosperity and growth; international peace and cooperation; and a feeling that there simply must be benefits from being close to our neighbours. But it is simplistic to imagine that these benefits will flow just by becoming one nation under one government [3], indeed there is good evidence that none of these reasons have been furthered by this Union, and indeed that its overbearing methods have been a hindrance. [4]

The negative reasons for remaining a member of the EU are not only coming from UK Remainers, the EU won’t give us any positives either. Instead we get disdain [5], refusal to negotiate [6] and threats [7]. EU laws provide an escape hatch but its political bosses are attempting to batten it down. The reasons are plain: punishment for our apostasy [8], the threat to EU ‘unity’ and fear of a positive example being set by an escapee nation. 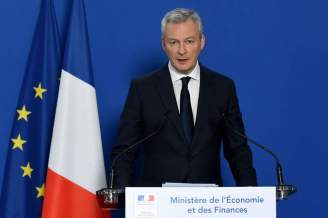 France’s finance minister Bruno Le Maire, commenting on the Chequers proposals, said “Sorry to put it bluntly but what is more important for us than the future of the U.K. is the future of Europe … Any decision that gives European citizens the impression that you can leave the European Union and keep all the advantages would be suicidal.” In other words the Union must be maintained through fear because it’s hard to love. Heaven forbid that countries should choose what they think is best for them.

* Rumsfeld stated: Reports that say that something hasn’t happened are always interesting to me, because as we know, there are known knowns; there are things we know we know. We also know there are known unknowns; that is to say we know there are some things we do not know. But there are also unknown unknowns – the ones we don’t know we don’t know. And if one looks throughout the history of our country and other free countries, it is the latter category that tend to be the difficult ones.