The EU and its supporters engage in misrepresentation on a large scale; we look at a few examples.

“The Misrepresentation Act exists to protect consumers from false or fraudulent claims that induce you into buying something or entering into a contract. It also allows you to claim damages.”

Those wanting a second People’s Referendum – to overturn the first (they hope) – still claim the 2016 vote was won with a lie. We certainly agree it was a misrepresentation by clever-clogs Dominic Cummings, leader of the official Leave campaign, who added up every penny claimed by the EU to reach £350 million as the weekly cost of EU membership (even those never sent to Brussels because of the Thatcher rebate or those returned under CAP or regional subsidies). The BBC thinks £163 million would be a fairer figure but the EU Commission decides who gets the subsidies, not UK voters. Both are big numbers that don’t translate readily in most people’s brains into their personal weekly losses, the smaller number might have been just as effective, if indeed it made a crucial difference.

George Osborne, then Chancellor of the Exchequer, told everyone that families would be £4,300 a year worse off if Brexit happened, a figure that voters could relate to more readily. This number was achieved by plugging assumptions into an economic forecasting model that were the worst and most unlikely outcomes of leaving against good but very unlikely outcomes for the rest of the EU. There would be no benefits from controlling policies, regulations and tariffs in the UK’s interest; no new trade deals with other countries; no accommodation with the remaining EU27, individually or collectively; plus the EU would continue undisturbed by its obvious problems with the euro currency and popular disaffection, both of which were apparent even back then. This was misrepresentation on a scale no less than Cummings’s but more insidious, yet if the public swallowed it they did indeed vote to be poorer.

David Cameron misrepresented lots of financial facts in his government’s £9 million propaganda leaflet sent to all households to kick-start its campaign to remain. It ‘intimated’ that 3 million jobs were at stake (it didn’t lie, it said the jobs were linked to trading with the EU but obviously our leader intended to mislead us) [1]. There were other unlikely ‘facts’ regarding shop prices and inward investment, plus leaving might threaten workers’ and women’s rights – voters could choose to throw out a UK government that chose to undermine these rights if it wished, meanwhile all of them have anyway been transposed into UK law by Parliament.

As we gear up for another likely Referendum, “Project Fear, Mark2” is already underway to replicate the Mark1 version which accompanied the first “People’s Vote”. The Sunday Times (12th August 2018) reported that supermarket food prices would rise by 12% after a no-deal Brexit and in particular, “The biggest tariffs on imports could include cheese, up by 44%, beef, up by 40%, and chicken, up by 22%” (our italics). The assumption here is that the UK would replicate the EU’s external tariffs on third-country products, which it could do if the Government wanted to retaliate in equal measure against our disobliging “friends”, and voters could then throw them out of office.

This then is another misrepresentation because Brexit advisers recommend reducing or abolishing tariffs, following the example of other successful economies like Australia, Canada, Israel, New Zealand, Singapore and Switzerland. The Times, the Financial Times, the Guardian, the British Retail Consortium, Barclays Bank and probably the BBC (we can’t remember) all made similar statements. City analysts Mark Fabrice (Barclays) and Mark Brumby (Langton Capital) have both said that the tariffs lost under such a plan would leave a hole in the public finances but 80% of the money collected in accordance with the EU’s tariffs goes directly to the EU; this then is either a lie or a misunderstanding (you’d think these highly educated guys would know their facts).

From time to time we try to encapsulate the fundamental problems with the EU project. Here is our latest attempt. 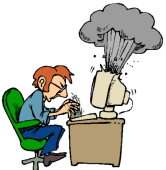 The principal motivation behind the founding of the European Union was to end the bloody conflicts between the competing empires of Europe. The principal means for doing this would be by forging them into a single nation which could not then be at war with itself. Even at the fetal stage its procreators knew there would be reluctance and resistance, so a degree of subterfuge was necessary and, especially after the rise of the 20th Century’s dictators via popular votes, a further modus was required – the appointment of wise councillors to guide the people rather than allow them to make bad choices or frustrate the grand project.

As the world changed the old empires were replaced, new divides were created and the moment passed when West European peace was a primary concern for the whole world. Also substituting autocracy for democracy should never be a permanent solution. From Europe’s past problems we have inherited a monster on a misguided path.

A super-state doesn’t guarantee peace and without the commitment of its citizens it is more likely to foment conflict. For sixty years, since the Union began, the old empires have not warred against each other because they departed the scene decades ago.

The EU is an absurd organisation and has provided no net benefit to the UK in most areas of great importance, as we have described in previous posts:

No proven ‘peace dividend’: it is unlikely that it has helped and has recently been a cause of increased divisiveness within and between its nations. [2]

No proven ‘growth dividend’: the EU has slowed since it’s post-war rebound ended, shortly after the UK joined, even falling behind the UK on average and well behind comparable nations and trade groups. [3]

No improvement in human rights or other legal arrangements: in fact it has undermined common law and judicial independence. [4]

No improvement in security, defence or science research that required such a heavyweight, overbearing structure. [5]

Significant cost for low return relative to others. [7]

The EU has been greatly misrepresented, principally by itself. It was poorly conceived, poorly designed and poorly implemented. This has led inevitably to poor outcomes, especially for Britain.

Bend It, Just a Little!

In the 1960s Britain changed popular music and the world loved it. Mrs May couldn’t have done any worse when she asked her fellow EU leaders with her “crystal clear” (or “nebulous”) pleas to tweak the Draft Withdrawal Agreement, just a little, than if she’d belted out a hit from those old days. This one by Dave Dee, Dozy, Beaky, Mick and Tich would have fitted the occasion, with a few updates:

Bend it, bend it, just a little bit
And take it easy, show you’re likin’ it
And fellow leaders, know we’re gonna hit
The heights cause I’m sure that we’re made to fit
Together just like pieces of a Jigsaw puzzle

Bend it, bend it, just a little more
Without you, EU, we’re so insecure
But you can make us feel that we are sure.
We’ve got a sickness only you can cure
So just relax, there’s stacks of time, but Junker
Please don’t tease me – try to please me.