When Edward Heath explained to the public the implications for the UK of joining the Common Market he said there would be no loss of sovereignty. In fact the civil service had briefed the Cabinet differently – Heath lied.

The UK Civil Service, through the Foreign and Commonwealth Office (FCO), had briefed the government in 1971. We illustrate our post with selections from the FCO briefing paper showing, among other effects of joining the European Economic Community (as the EU was then) the UK would: lose some sovereignty; subject UK law to EU law; and would not know enough about where the path to total union would take us, although some of the goals were known.

The FCO recommended that explanations to the public should be made carefully to avoid creating anxiety over “loss of sovereignty”. In other words, deceive the public.

In mid-May 2016, just three years ago, Donald Tusk made some claims in an interview with the BBC, which we challenged at the time but which continue to form the basis of the EU Project’s leaders propaganda, as they have done from very early days.

We quoted, without needing to comment, on the ‘Monnet method’ which has been followed consistently by the EU. Monnet advocated that unification should be achieved by stealth, since it would not attract popular support. The method has been successful so far and it is not clear whether a majority of EU citizens have cottoned on to the deceit. The FCO’s recommendation was consistent with this ‘method’.

We also included a quotation from Deutsche Bank’s chief economist that the effect of the UK leaving the EU would be “devastating” for Europe.

The UK’s Liberal Democratic Party has consistently argued in favour of Britain remaining a member of the EU, despite the lack of democratic credibility of the Project. They, and other Remainers, claim that another, corrective, referendum is needed because Leavers didn’t vote to be poorer (we addressed and refuted that claim in Richer or Poorer?).

The bulk of the post picks up some of the issues raised by Remainers and answers them. The arguments form part of what has fairly been called Project Fear, which continues into the present as the major play in the game to reverse the majority decision of the Referendum. 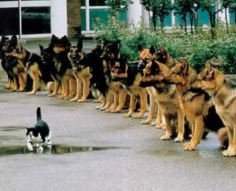 If the EU leaders and supporters were confident that their project would retain members because of its obvious benefits, they could afford to take a less hard line. But they aren’t; in fact they fear for their project because so many citizens in so many member states actively demonstrate their dissatisfaction with the EU. Which is why they continue to try to deceive us.

The next post was the fourth in a series in which we looked at evidence from EU documents to back up our case against its aims and claimed achievements.

Our first analysis was of the propaganda in the EU’s negotiating guidelines; we quote some of the more revealing and absurd claims that its leaders make about their project. Not the least, or even the most absurd, of these claims is that “European integration has brought peace and prosperity to Europe”. We question ‘integration’ and challenge them to produce some evidence that the EU has brought about peace and prosperity. Some member states have prospered and others have become impoverished. Of course they claim credit for the former and delegate blame for the latter.

In their white paper on alternative scenarios for the future of the EU the authors acknowledge that economic recovery has been unbalanced and that young people are suffering unemployment in large numbers, recognising that such issues contribute to doubts about the EU’s ability to deliver on its promises. They state, as so often without supporting theory or evidence, that completing economic and monetary union will resolve these problems, which anyway are the fault of the member states for holding back from completing the component parts of EMU. Divergence is the problem; convergence the solution, although they don’t say why we should believe this deception.

In the next post we examined some of the goals and values that the EU claims for itself and showed how these claims are designed with the main purpose of deceiving us. As with so much that falls under the headings of marketing and public relations, a more accurate term for the fluff we quote from the EU website, and analyse critically, is in fact no more than propaganda. We suppose that some Remainers do believe it and others want to, despite the evidence that, at best, it has no substance but at worst it is designed to appeal to our credulity.

For example, how many citizens of the diverse nations of Europe would want to cohere with one another? (one declared goal is to “enhance economic, social and territorial cohesion and solidarity among EU countries”). Does it matter what citizens want, if the goal is to deliver what they need (according to our betters)? This goal is surely driven by ideology not by any notion of democracy.

Here is another absurd EU claim: “The EU values are common to the EU countries in a society in which inclusion, tolerance, justice, solidarity and non-discrimination prevail.” Surely not even EU leaders believe that this is true; elsewhere they spend much time and ink complaining that it isn’t. ‘Doublethink’ means the power of holding two contradictory ideas in one’s mind simultaneously and accepting both of them – George Orwell, 1984.

‘Democracy’ is another declared value. We responded that while representative democracy is a sound ideal it is not one respected or implemented by the EU, which is designed to keep its citizens’ representatives (members of the European Parliament) in their place, which is not to interfere in the governance of the project.

We will show in another of these themed posts that the next declared value – the rule of law – is one the EU does not follow itself, while it expects everyone else to do so. They claim that law and justice are upheld by an independent judiciary but in practice the judiciary is not independent of the European Commission and other EU institutions. Many of our critical posts are linked from this one:

More deceit is to be found in the EU treaties, TEU and TFEU (Treaty on European Union and the Treaty on the Functioning of the European Union). The first part of our next post looked at the gap between the treaty definition of ‘subsidiarity’ and the practice of accumulating power (‘competence’ in EU-speak) at the centre (or the top as they see it). We concluded that we remain unimpressed by the EU’s reluctance to implement its own principles. And the lies they tell in their attempt to cover the gap between treaty theory and EU practice.

The second part of the post looked at the issue of wealth, partly through the lens of Brexit and the dishonesty of Project Fear, but then more widely through the disparities and divergences among the member states. EU leaders go to great lengths to try to cover these up (or explain them away), at least when they are not pointing to such divergences as the main obstacle to completing ever closer union and so solving all the problems that the annoying member states (and their dense voters) cause.

The EU has proven its eagerness to protect important economic sectors in France (agriculture) and Germany (manufacturing) whilst overruling, regulating and plundering the UK’s (finance and fisheries, for example). This will continue, particularly if we stay in the Union. This behaviour started before the Referendum but the necessary trust and forgiveness in EU practices are unlikely to be offered, whatever the Brexit outcome.