Reconciling the different needs and claims of EU member states is like chasing a rainbow, it never approaches equality. 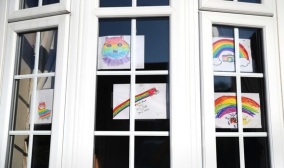 Today we took our permitted exercise walk and saw many pictures of rainbows in windows and on gates, drawn by children to help us stay cheerful—actually there’s been almost constant sunshine and no rain since the UK’s lock-down began. The drawings reminded us of Judy Garland’s song but also that however fast we walked we could never get close to a rainbow.

The EU struggles to take all interests into account fairly: large and small, North and South, East and West, corporate and social, etc. The ambition is to level the field everywhere and they see this as a good thing so that everyone has an equal chance (it’s not clear of what). This ideology neglects that variety provides the spices that stimulate innovation. Equality versus opportunity is a challenge that has bedevilled others’ dreams too, from Leninists to Peronists. By piling on rules to prevent some taking advantage the EU provides opportunities for others to invent—or bend—rules to create advantages for themselves [1]. Slowly the system grinds towards a halt; cheating and frustration will eventually cause breakdown.

It is not just rules that get broken, but also treaty obligations, policies, principles, and so-called ‘values’; all in the supposed name of ‘flexibility’ though in reality all are part of the overall levelling objective that is required to achieve the ideal state of federal governance.

We have covered the gaps between words and reality (rules and treaties versus deeds and outcomes) in many posts, linked via our Themes, listed in the side panel. Evidence comes from the EU’s own words [2], [3] and contrasting actions [4].

The EU has history in its dissembling approach to its citizens and their desires and expectations [5]. The Union is constructed deliberately so that powers (‘competences’) extracted from member states, or passed upwards by them, are irreversible (what goes up is not allowed to come down). There is no possibility of reversing course, which is why we argue that the EU will fail in the end [6].

The EU is an oligarchic regime disguised by its claimed high moral purpose. It is not willing to give serious consideration to the view that it is not a democratic form of governance, and the contempt it displays for its citizens by using propaganda to cover the deficit will surely be a significant factor leading to its demise.[7]

Most evident is the underlying sense of superiority that enables, and encourages, EU leaders and their peers to mislead us. Propaganda is usually required to promote something that has little substance or value but in this case it is also needed to disguise the true agenda and lack of achievement of the European Union [8].

There are many examples of the EU’s lack of honesty and achievement, here’s one: subsidiarity is a sound but neglected principle in the EU Treaties, with decisions supposed to be taken as close as possible to the people who are affected by them. However, this principle conflicts with the underlying ideology of the EU, which requires authority to be centralised and not subject to the whims of the people. The mandarins know best [9]. So the EU has decided, after due consideration, that it can manage almost everything better than its member states. As an example, consider the EU’s reaction to the current pandemic; ineffectual posturing and delegation of blame. Covid-19 has exposed the lack of real solidarity that EU leaders are so keen to hold up as their main achievement. The rainbow’s end never really gets closer. 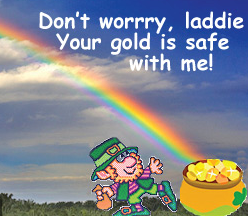 [5] The European Project: Some History