The ECB continues to buy financial bonds from its members’ central banks. What does this mean and why are some members worried and others dissatisfied?

Lagarde’s bond purchases have worried the eurozone’s creditor countries [1]. The ECB’s action was to prevent the collapse of Italy’s sovereign debt, triggering a domino effect on Spain and other embattled states and so destroying monetary union. This flouts EU treaty law but Lagarde forced it through by majority vote. It may yet face a challenge in Germany’s court and is only delaying the reckoning; while there is still democracy in the Netherlands, Austria, Sweden and Germany their governments are unlikely to risk unlimited debt sharing.

The countries in dire straits want (and need) better than what is already on the table, they want to see ‘corona bonds’ introduced (eurobonds by a trendier name). What are they?

When a government wants to borrow money it issues sovereign bonds and invites buyers to invest [2]. In return the buyers get paid a stated rate of interest on their loan for the duration of the bond’s term with the capital to be repaid in full when this ends (for example a two-year or 10-year bond). The bonds themselves can be bought and sold to others during their lifetime and the price would rise or fall according to demand, which in turn affects the real interest rate the new owner receives – the ‘yield’ (as demand rises the yield falls and vice versa).

A sterling- or deutsche-bond is backed by the relevant treasury, a eurobond would be backed by the collective treasuries of all the eurozone (EZ) countries so investors would judge their risk, and therefore value, against their view of the economies of the bloc as a whole rather than just the Italian economy, say. That would be easier to sell (currently) and the borrowing costs would be lower for the Italians but probably somewhat higher for the Germans than their separate sovereign bonds, but which country is likely to have the money to repay the collective loans when they are due?

Money makes the world go around

Is all that makes the world go around

There is a further problem even if the scheme were agreed: how do the countries agree what projects to spend the cash on? Another Franklin Roosevelt will be needed to lift the impending depression when the pandemic is over. Would each country get what it wants or what it needs? [3]

If you haven’t any coal in the stove
And you freeze in the winter
And you curse on the wind
At your fate.
When you haven’t any shoes
On your feet
And your coat’s thin as paper
And you look thirty pounds
Underweight. 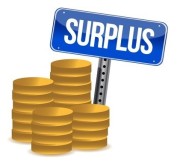 Germany has been accumulating (illegal) surpluses for years, partly because the euro is undervalued for its strong economy. This could be the opportunity to redress the balance and save its partners. So far the Germans have resisted but in the end agreed the minimum compromise possible.

The EU is struggling with signs that solidarity is not what they proclaim it to be. The southern states would resent being told that any money made available to them should come with conditions to promote ‘good behaviour’; if the northern states insist it could be a re-run of what the Greeks have endured, with pensions and other services slashed.

France is playing piggy-in-the-middle, its finance minister Bruno le Maire suggested “Having a fund for, let’s say, five or 10 years…and with the possibility of having common debt but only within that fund…might be more acceptable for other countries.” That might limit the period and amount of the joint borrowing to reduce objections to the project but deciding now how much is needed for how long would be another divisive battle; given the competing interests and strengths the result would surely be too little and probably too late. European Commission vice-president Margrethe Vestager told journalists that she was “deeply concerned” about the debate around corona bonds. She said the Commission has the “ambition of coming back to an unfragmented internal market competition” when the virus passes [4]. Perhaps they will plaster the wounds once again but our diagnosis is that gangrene has set in and amputation is necessary.

The future of the euro looks pretty fragile, will the Italians be first to leave the euro or the Germans? We are not visionaries, maybe a solution will be found [5].