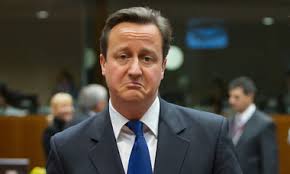 Many senior eurocrats are recycled national politicians. Often they have been rejected by their electorates and then selected for plum jobs in the EU hierarchy. There is no reason to believe that they can be more effective when unaccountable than they were when they had to account to their voters.

A collection of short posts in one pointing up some of the failures of the EU and commenting critically on various issues.

Be aware, but not afraid

An excellent, if sobering, article from the international business editor of the Daily Telegraph. His reasons for voting Leave are balanced with a clear outline of the risks involved.

The Dutch are increasingly fed up with the EU, largely because of its failures. If the EU mandarins can’t keep even the steady Dutch on the right page, what future has it?

That Was The Week That Was

A dismal slanging match from on high. Euroscepticism across Europe is high and growing. This seriously weakens the case to Remain but is not being addressed.

Sadly, we can be sure that whichever side loses in the UK referendum we will be bombarded with complaints that the process was unfair.

Is breaking-up so hard to do?

The EU’s attempts to resolve the migration crisis have yielded little so far, except a dirty deal with Turkey, which may or may not happen. This crisis will continue.

EU mandarins claim they could solve banking crises, which pepper the world economy, if only member states would converge and conform to their ill-supported policies.

There have been many silly – and indeed incompetent – regulations imposed on us by the EU. Here’s an example.

The original motivation for setting up the EU is no longer pressing. Now it is believed that economic, political and social development can only be achieved from the top down. In the longer term the EU may collapse under the weight of its internal inconsistencies.

When a plan isn’t working the instinctive response is to try harder (more Europe) rather than re-think the plan.

Economic, political and monetary union have become the rationale for the creation of treaties, laws and institutions that have no other rationale. We are guinea pigs in a project that has neither empirical nor theoretical justification.

A playground for squabbles and cheating

Europe is a massive bureaucracy, with top-down control and corrections to “divergence” run by people who believe that we cannot be trusted to manage our own affairs but who have no doubts that they can run our affairs for us, provided we give them the power and don’t expect to get it back.