What if the barrel is rotten?

There are two main reasons that lead us to believe that the EU project will fail. The first is ambition and the second is competence.

In May, before the UK referendum, we asked tentatively EU in Crisis? We also asked, Is breaking-up so hard to do? These questions have become more urgent now, in the light of the State of the Union address given by the President of the European Commission to the European Parliament on 14 September and the weak response to the issues he raised when the 27 leaders met in Bratislava on 16 September. 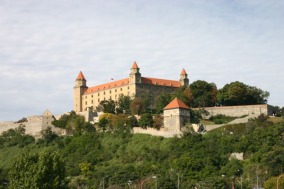 The first of those two posts considered the north-south divide over financial matters and the second focused on the migration crisis. Both themes were revisited in Jean-Claude Juncker’s address and at the Bratislava meeting. Practical agreement has not been reached between the EU and its member states or among the member states themselves.

At both events the leaders referred to the crises and called for unity to resolve them. However, with so many disagreements in evidence, with so little agreement on matters of substance, with no one willing to ask why these troubles are multiplying, and with no one questioning the underpinning federalist agenda, it is hard to see how the EU will stop its support continuing to drain away, let alone recover the trust that it no longer feels able to rely on from the citizens of the project.

On one interpretation the intra-EU disputes could be resolved by discussion among the 27 remaining leaders. However, positions on migration and austerity are so distinct and held so passionately that it is hard to imagine such a mutual resolution. And unqualified freedom of movement, the fourth basic principle of the EU, is widely disliked across the Union.

That leaves the EU to resolve these issues, which could only be achieved if, as Juncker wants, union were complete and the super-state in place. Short of that, intervention from the centre (or top, depending on where you sit) could make matters worse by coming down on one side or the other on each issue.

Most likely Brussels would feel it has to side with North against South and with West against East. Historically South and East had stronger motivation to join and support the EU, but memories fade and those with long memories pass on, so South and East, as they continue to find themselves on the wrong end of EU edicts, could bring yet more scepticism, and outright opposition, into the centre, from the left and right peripheries where it is currently concentrated.

said: “The people may be made to follow a path of action, but they may not be made to understand it.” That’s especially true of the British people, as we now know, and it’s very frustrating for the EU’s sages. Around the time that William was conquering England the Chinese philosopher Zang Zai set out the goals for a Confucian sage: To build up the manifestations of Heaven and Earth’s spirit, to build up good life for the populace, to develop past sages’ endangered scholarship, and to open up eternal peace. Do Jean-Claude and other EU sages see their roles in this way?

Or, being European, do they identify themselves with Plato’s philosopher kings, who possess the special level of knowledge required to rule their

Republic successfully? Plato wanted an undemocratic political system led by benevolent dictators (Guardians), Aristotle had a similar view; democracy is the rule of the unfit, making political decisions requires judgement and skill and should, as Plato urges, be left to the experts. Is the EU the apotheosis of this philosophy in practice? However, we believe in a government “of the people, by the people, and for the people”.

Deal or no deal?

If EU and UK negotiators agree a free-trade treaty it will still have to be confirmed by the EU parliament plus 27 national and some regional parliaments. If any don’t agree it falls. The deal with Canada (CETA) has stalled, Wallonia for one doesn’t want it so Belgium can’t accept it. And that’s just Canada, imagine the resistance to the UK and its much more powerful corporations. Much of the world, especially in Europe, is becoming more protectionist so a free trade treaty is looking pretty unlikely from here; with EU intransigence on intra-EU migration Single Market membership also looks tricky. A hard Brexit could be forced on us.

Things can change – fast. The Euro is on a knife edge and the world is dosed up on QE and ultra-low interest rates, neither can stay that way forever; Brexit could be old news quite soon, nobody knows. We should try for the best-possible deal but plan for WTO rules and how to minimise the shock, short-term damage could be less than long-term uncertainty and would force us to face the facts and the challenges.

As we write it seems likely that any agreement that may be reached in the Article 50 negotiations will also have to be put to the UK Parliament, which will also have the opportunity to reject it. Uncertainty abounds.