The day before Europe Day (9 May 2020) Dacian Ciolos, a Member of the European Parliament (MEP) and ex-PM of Romania, wrote an article [1] containing much that—unwittingly—illustrates the difficulty that EU supporters have in trying to explain in simple terms why they are enthusiastic about their project.

Ciolos reminds us that Robert Schuman, in 1950, made a foundational speech expressing an “intent to unite Europe…and create a de facto solidarity”. We have pointed out [2] that ‘solidarity’ remains a declared aim of the EU but doesn’t actually exist after 70 years, which is perhaps what Ciolos is hinting at when he states that “Europe’s house is half built”. And it may be why he quotes Schuman referring to “a de facto solidarity” rather than the version claimed but not substantiated in the EU’s own explanation that “EU values are common to the EU countries in a society in which inclusion, tolerance, justice, solidarity and non-discrimination prevail.” [3] 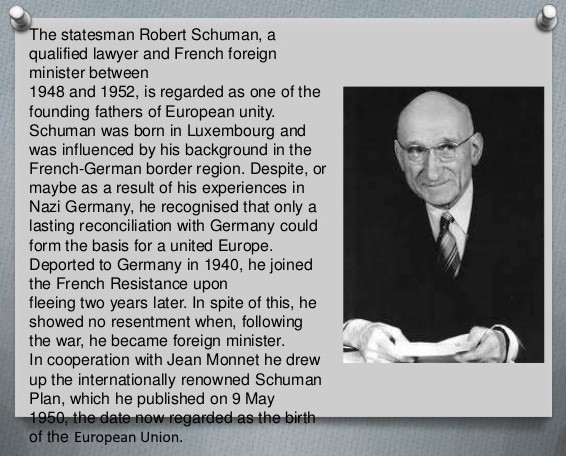 Ciolos goes on to exclaim that the “European Union – perhaps the world’s greatest experiment in state integration – finds itself at a crossroads”. We agree that the EU is an experiment, though “greatest” is over the top as the EU is unsupported by any theory or experience from history; it was founded on a wishful notion that has congealed into an oppressive ideology [4] and the USA is surely a ‘more successful’ experiment and has a more solid and well thought-out foundation. 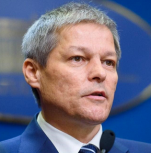 Although he is a keen supporter of the EU Ciolos is not uncritical and thinks it hasn’t gone far enough to realise Schuman’s vision; ‘we’ (i.e. the EU) need “to awaken ourselves from the current lethargy, and build a better future for our children and grandchildren.” We doubt that it is lethargy that the EU needs to awaken from.

He quotes admiringly Schuman, who said in his speech that “Europe will not be made all at once, or according to a single plan. It will be built through concrete achievements” of which the first will be to “create a de facto solidarity”. Perhaps Schuman should have said ‘only be built’ as the EU appears, even to a supporter, to be only “half built” and “concrete achievements” are notable mainly for their absence [6].

Oddly, Ciolos doesn’t agree with that last comment, arguing that “we must build on the achievements we have made in this pandemic”, but he must be thinking of some other pandemic, or some ‘we’ other than the EU, as such achievements as have been made were made by individual member states, and that without showing much solidarity.

However, he does see a need to “have the courage and vision to build a Europe that has the capacity to protect”, by which he means “…anticipating new threats and acting as a power.” He doesn’t say what he means by “threats” or “power”. Although he puts these words in the context of tackling “future health emergencies” it may be that he has in mind the EU’s proposal to create a European defence force [7].

The EU claims ‘solidarity’ as one of its prime values. If this implies that its members face the future together for the benefit of all then its performance in the current (pandemic) and the previous (monetary) crises have shown that it escapes under pressure, so ‘vaporous’ is more accurate. Ciolos writes, “As the Treaty of Paris in 1951 ‘gave birth to Europe’, we must ensure the Conference on the Future of Europe reinvents our continent.” Clearly Europe gave birth to the EU and not the other way around; a continent teeming with variety has spawned many brilliant ideas that have changed and improved the world but the EU is like a cuckoo in the nest. It has cast out rivals and its version of solidarity is of stultifying uniformity so we cannot believe that a conference of acolytes, if it takes place, will lead to any significant reform of the project [8].

[5] Somewhere Over The Rainbow