Will it be a Brexit in name only, and what does the name mean anyway?

The Prime Minister says “Brexit means Brexit” but Lord Malloch-Brown (Labour peer and former UN Deputy General Secretary) believes it should mean ‘No Brexit’ and that the recent Government defeat gives MPs the chance to reverse it (we expect other peers will agree, including Lord Adonis). Some think the name of the EU exit process is called ‘Brexit’ but that’s just what the name is called, the name itself is ‘Soft Brexit‘, which means ‘hardly leaving’ (following the White Knight’s example in Lewis Carroll’s ‘Through The Looking Glass’).

“The name of the song is called ‘Haddock’s Eyes.’”

“Oh, that’s the name of the song, is it?” Alice said, trying to feel interested.

“No, you don’t understand,” the Knight said, looking a little vexed. “That’s what the name is called. The name really is ‘The Aged Aged Man’.”

“Then I ought to have said ‘That’s what the name of the song is called’?” Alice corrected herself.

“No, you oughtn’t: that’s quite another thing! The song is called ‘Ways and Means’: but that’s only what it’s called, you know!”

“Well, what is the song, then?” said Alice, who was by this time completely bewildered.

“I was coming to that”, the Knight said. “The song really is ‘A sitting On A Gate’: and the tune’s my own invention.” 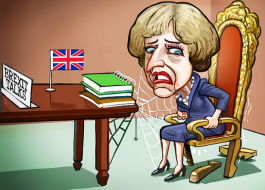 The Phase I Agreement includes a Transitional Period following the end of the Article 50 withdrawal, which the UK Government wants to be around two years, Parliament wants it to be open-ended but Michel Barnier says it must end by December 2020. The Prime Minister prefers to call this an Implementation Period. Either name implies there is something to implement or transition towards, otherwise it would be better called an Extension Period. The Government has not yet clarified where it thinks we are heading; our suggestion is that we seek to evolve trans-world collaborative structures, free from the dogma of the EU, building appropriate partnerships where and when we can. Far from retreating into isolation, Brexit could enable us to work with the WTO and other international bodies towards a global single market.

Despite the Referendum set-back the Remain camp has maintained Project Fear, gaining added fuel from the aggressive behaviour of the European Union. We should remember that break-ups aren’t necessarily catastrophic unless they lead to actual civil war – look at Czechoslovakia and the Soviet Union. We will survive and can prosper in time with the right policies. If we are not to be in limbo we must start somewhere, perhaps having settled some sort of trade and cooperation arrangement with the EU. That leaves us with WTO rules and the freedom to negotiate closer ties with non-EU countries. Australia and the US managed to agree a free trade deal in 15 months (AUSFTA, modelled on NAFTA); it helped that George W Bush was keen, just as President Trump says he is keen to conclude a UK-US agreement. 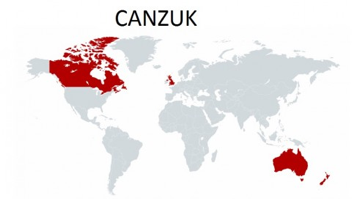 Clearly we should start with the easiest negotiations and this implies with our closest allies within the ‘Anglo-sphere’. One idea is for a CANZUK community, encompassing trade and much more, between Canada, Australia, New Zealand and the UK; after the US, China and the EU this would be the world’s next biggest trade group by GDP; actual trade levels would re-grow, having been radically diminished by the UK’s accession to the Common Market (without a transition arrangement). The concept has been around for a long time in various forms (including federation, since all have a common head of state and many other institutional similarities). Some dismiss it as Empire nostalgia or a white-only exclusion zone, but it is essentially a pragmatic starting point.

The EU has a Single Market for frictionless trading (mainly of goods) but is protectionist to the rest of the world. It also started pragmatically with six willing countries of broadly similar cultural and economic type but is now much more – and unhelpfully – diverse. 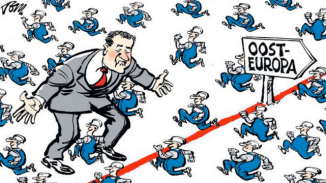 As its membership and ‘freedoms’ expanded problems arose with population movements from poorer to richer areas. Some countries were getting stripped of their youngest and brightest workers (although returning valuable cash to their families); meanwhile poorer workers in wealthier nations felt they were being undercut by these economic migrants and perhaps also that their culture was being weakened. Tensions arose, almost sweeping right-wing nationalists into power in several elections; that threat hasn’t disappeared as we can see in Austria in particular and may only have abated during a (temporary?) recovery in the eurozone. The world is even more economically uneven than the EU so a global single market would need to be approached carefully.

Suppose post-Brexit Britain joined an FTA or single market such as CANZUK. This isn’t simply the white remnants of the Empire getting together to exclude the rest; consider these points: (1) all four countries’ citizens are likely to give it a positive reaction; (2) the EU is no less a collection of white populations; (3) all four have a common language, similar culture, a common law system, similar crime rates, low corruption, strong ancestral links and historic trade arrangements; (4) all are at a pretty similar state of wealth and development, unlike India for instance or Bulgaria in the EU’s case; (5) although it lacks geographical proximity, this is becoming less and less important in the modern world; (6) the US could be included, except that its relative size would swamp the set up, and Ireland would fit in too if it chose to change its mind about the benefits of belonging with the EU bunch (ICANZUK?). 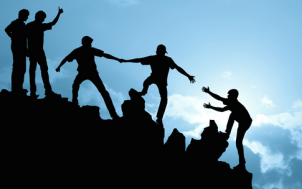 If the idea ever took off the group could develop contacts with ECOWAS, MERCOSUR and ASEAN, reassuring them that CANZUK will not be as protectionist as the EU and will want to discuss bilateral arrangements to free trade in goods and services as far as possible between the groups (some of these were discussed in our light-hearted article The Martian Perspective). That should help to neutralise concerns. Free movement of people would be a problem unless or until the groups had become more broadly compatible.

CANZUK today is merely a label encapsulating practical cooperation between four countries without the surrendering of “competences” to an additional layer of government, remote from the citizens, such as characterises the European Union. Together with the US the four have formed about 150 working groups since 2000, including for tracking space junk and a ‘Joint Working Committee on Harbours’, but without imposing uncontrollable quangos like those of Brussels. The level of trust in each others’ institutions is greater than that between any four nations of the EU, as exemplified by the ‘Five Eyes’ security arrangement which developed from the time Britain revealed its code breaking secrets at Bletchley Park to the Americans. Adding free trade would greatly increase connectivity. The Australia/New Zealand Trans-Tasman Travel Agreement (TTTA) could provide a model for free movement of citizens, subject to similar checks (on criminality, health and access to benefits for example) and is unlikely to cause friction amongst communities.

What of the EU’s stability, will it remain united? We have commented often on the fragility of the Eurozone; with some countries unable to stay competitive within the group it is likely that these will have to leave as the ECB runs out of money-magic tools. Meanwhile the Visegrad countries (Poland, Hungary, Czech Republic and Slovakia) want to remain within the shelter of a West-aligned EU but not be over-controlled by it, having only recently freed themselves from Moscow’s domination. Poland’s popular Law and Justice governing party is in dispute with the EU over judicial reforms that it believes are internal matters, and our Prime Minister agrees. Poland is threatened with fines and with losing voting rights in the Council, which is convenient given that Poland’s Prime Minister supports a bespoke Brexit deal; he warned against “very dangerous” EU protectionism and called for the “best possible” trade terms between the two states at his recent meeting in Warsaw with Theresa May.

The EU also took sides in Spain’s internal dispute between Madrid and Catalonia. The separatists, have now won the ‘official’ referendum so if the region separates Brussels has said it will lose its membership and suffer all the problems that Britain is threatened with: border controls, customs arrangements, air traffic control – the lot. France and Germany, though dissimilar in many ways, have maintained a strong political determination to stick together and their leaders endorse further integration (not without strong dissent from minority parties). Perhaps the Benelux countries could stay in that partnership, which would be like returning to the founding membership minus the Italian misfits. We can’t predict what may happen but it is clear that the EU could do with loosening its control; they have even toyed with this themselves (see State of the Union 2017 and Jean-Claude Juncker’s similar address from 2016).

It could be therefore that the EU loosens its grip and the world ‘transitions’ gradually towards a hierarchy of groups voluntarily cooperating across more and more matters of common interest and practicability. Peace on earth and goodwill toward all mankind — Merry Christmas!