The question, “Why Brexit?” has not gone away since the UK referendum. Indeed, many voters, who had to give a quick answer to a yes-or-no question, remain in doubt about the reasons for leaving or remaining. We respond with, “An answer to our question will answer yours.” Our question is, “What’s wrong with the EU?”

Our critique of the EU has four strands: ideology, competence, authoritarianism and fragility

If you accept our answer to this question you will understand “Why Brexit?” It’s worth noting that Brexit is just one conclusion from our critique of the EU; increasing numbers of citizens of other EU member countries may wish to see the project unscrambled and something less ideological and authoritarian, more competent and robust, developed in its place. Nation states will continue to exist in Europe. They don’t need to be forced into a dry, bland, subservient uniformity in order to work together for the betterment of their peoples. 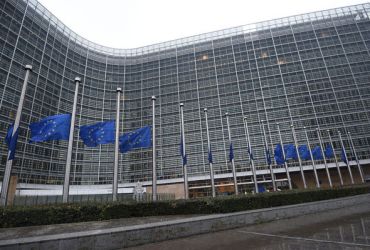 The EU ideology, though pervasive, is unsound and dishonestly disguised. Everything the EU does is based in an unshakable belief that Europe’s nation states cannot govern themselves, let alone collaborate to improve the world for their peoples, because they are dependent on ignorant electorates, who can replace their governments at will. These will always defer to internal demands; to work together they need to be governed from above, without the inconvenience that democracy brings. The original ideal, to maintain peace in Europe, has been subverted and has congealed into a stultifying ideology to which its members are expected to give unconditional obedience. National governments are expected not only to conform, on the path to a completed union, but also to keep their citizens in line so that they do not threaten the project.

The people who lead the EU’s institutions are either career bureaucrats or recycled politicians. There is no reason to believe that they would be competent to govern a super-state. EU and eurozone performance demonstrates the lack of competent leadership: the EU declares that its top priority is “A Deeper and Fairer Economic and Monetary Union”. Either this is not the real priority or they are not competent to deliver it. Or both, of course. Whenever it is pointed out that the EU is failing to deliver on its priorities (for example, low economic growth, high youth unemployment) the weaknesses are blamed on the member states for being less than committed to the Union. Blaming others is almost always a sign of incompetence.

Since the EU leaders cannot manage a democracy, and risk being dumped, this has been replaced by a self-promoting and self-selecting clique who cannot be voted out by ordinary citizens. They expect to be obeyed and they use the European Court of Justice (ECJ – see Law) to override national jurisdictions in the name of integration. Member states volunteered to participate in this authoritarian project but their peoples did not.

The foundations are unsound, the leadership is poor and cannot be replaced democratically, and the whole is held together by a fragile web of evasion and pretence, with the result that the EU project is at risk. Cracks are showing and growing. The project is designed to be irreversible and to frustrate adequate reform. The EU may not survive, as it is, far into the next decade.

Because the ideology is sacrosanct and the leadership inadequate and not subject to ‘the will of the people’, increasing numbers of its citizens are showing their distaste for the EU. Britain has never been a wholehearted member, nor shown much enthusiasm for the project, though some of our leaders have found it a convenient scapegoat. And that is reciprocated by EU leaders.

Look at the euroscepticism on the fringes, right and left, and watch this spreading towards the centre, and it is not difficult to predict the EU’s future. The EU is an obstacle to the formation of an effective, collaborative community in Europe.

For a closer look at each of these strands explore our blog, where you will find more explanation and evidence than this summary can provide. Here is a selection, in reverse chronological order of posting:

Ideology: The Single Market and the Four Freedoms : State of the Union – 1 (Summary) : The Great Deception Continues : The Five Presidents Report (Part 1) : Democracy versus Ideology : Ever Closer Union